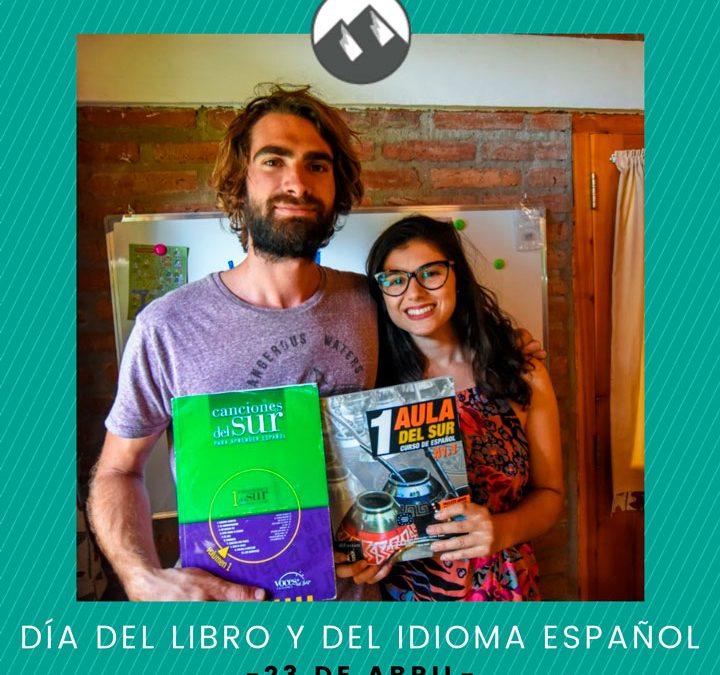 Today, April 23, is celebrated the “Spanish language day”. This day was chosen by the United Nations in order to revalue the history, culture and the use of Spanish. It is also book and copyright day.

In 2010, the UN decided to celebrate its cultural diversity and multilingualism through the establishment of the “Days of Languages” for its six official languages, among which are Spanish, French, Chinese, English, Russian, and Arabic.

The World Day of the Spanish Language is celebrated in honor of the writer Miguel de Cervantes Saavedra, who died in 1616, on April 22. But, according to the custom of the time, his death was recorded on the day of his funeral, on April 23, so historically that date was taken to commemorate his death.

The objective of the day is to spread “history, culture and the use of Spanish as a language “, according to the United Nations´ official website.

Cervantes is considered the greatest figure in Spanish literature. He was a novelist, poet, playwright and soldier. And author of “The Ingenious Hidalgo Don Quixote de la Mancha”, one of the best works of universal literature, and the most published and translated book in history.

Today, April 23, International Day is also celebrated of the Book in coincidence with the death of Cervantes, William Shakespeare and the Inca Garcilaso de la Vega, recognized as the pillars of the universal literature. The date is promoted since 1995 by Unesco, in order to promote reading, the publishing industry and intellectual protection means of copyright.

In Argentina it is an annual tradition to start the Fair International Book Fair in Buenos Aires during the week of April 23. In the Book Fair, writers, editors, readers and industry benchmarks editorial meet to share what they are most passionate about: books and literary and academic productions.

But in Argentina, book day is also celebrated on the 15th of June. Why? On June 15, 1908, the contest prizes were awarded literary, organized by the then National Women’s Council. From that At the time, the agency’s library took the initiative to hold “A special day of the year to the remembrance of the book as an imperishable record of thought and life of individuals and societies, and as a link indestructible human generations of all races, languages, beliefs, etc. “

After several requests, the library of that Council achieved the expected recognition: in 1924, by national Decree of the government of Marcelo T. de Alvear, officially declared on June 15 as the “Book Festival”. Then, in 1941, the name was changed to “Book Day”, which continues to this day, but retaining the same initial objectives: to encourage reading among communities throughout the country.

We use cookies on our website to give you the most relevant experience by remembering your preferences and repeat visits. By clicking “Accept All”, you consent to the use of ALL the cookies. However, you may visit "Cookie Settings" to provide a controlled consent.
Cookie SettingsAccept All
Manage consent

This website uses cookies to improve your experience while you navigate through the website. Out of these, the cookies that are categorized as necessary are stored on your browser as they are essential for the working of basic functionalities of the website. We also use third-party cookies that help us analyze and understand how you use this website. These cookies will be stored in your browser only with your consent. You also have the option to opt-out of these cookies. But opting out of some of these cookies may affect your browsing experience.
Necessary Always Enabled
Necessary cookies are absolutely essential for the website to function properly. These cookies ensure basic functionalities and security features of the website, anonymously.
Functional
Functional cookies help to perform certain functionalities like sharing the content of the website on social media platforms, collect feedbacks, and other third-party features.
Performance
Performance cookies are used to understand and analyze the key performance indexes of the website which helps in delivering a better user experience for the visitors.
Analytics
Analytical cookies are used to understand how visitors interact with the website. These cookies help provide information on metrics the number of visitors, bounce rate, traffic source, etc.
Advertisement
Advertisement cookies are used to provide visitors with relevant ads and marketing campaigns. These cookies track visitors across websites and collect information to provide customized ads.
Others
Other uncategorized cookies are those that are being analyzed and have not been classified into a category as yet.
SAVE & ACCEPT